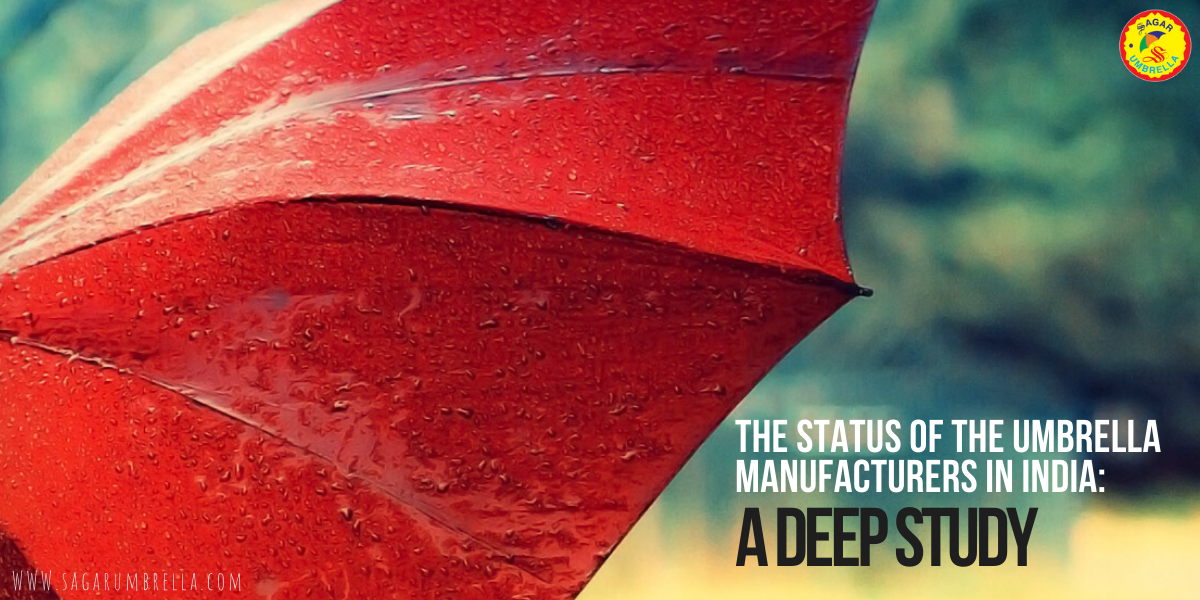 13 Jan The Status of the Umbrella Manufacturers in India: A Deep Study

The umbrellas have always been one of the most reliable seasonal companions known to mankind. Whether it is the rains or the sun, they are the only resort for comfort.

The umbrellas were also subjected to extensive research and development to better their designs and improve their overall build-quality. Therefore, with the best umbrella manufacturing company, you can hope for nothing but the best!

The Chinese umbrellas have dominated the Indian market, just like any other products. These umbrellas were imported at cheaper rates and are believed to eradicate the worries of buying raw materials, checking the quality and the subsequent hassles of manual labor and more.

However, in the past two years, there has been a noticeable drop in the total import of the umbrellas. India needs 12-15 crore prices of umbrellas in a year on average. However, the overall umbrellas imported from China have reduced to be 70-80 lakhs in total. The reduction of the umbrella imports can be associated with the rising costs of the production of umbrellas in China, as a result of an unprecedented hike in the labour costs and the costs of raw materials, along with the recent anti-pollution drive from the local authorities of China.

Though this reduction of the imports of the umbrellas is something unprecedented in long years, yet it sets hopes on the best umbrella brand in Kolkata. The promotional umbrella manufacturers in India are also believed to dominate the existing markets with quality materials and innovative promotional ideas, adding up to the overall brand awareness!

Sorry, the comment form is closed at this time.